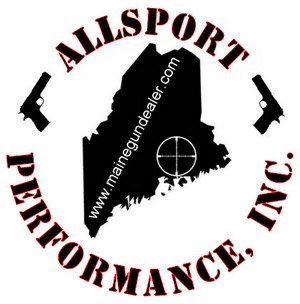 Semi Auto Shotguns for sale in Maine. Allsport Performance Inc. Gun Store Hermon, Maine See our great selection of shotguns at low prices. We have many calibers, sizes, and color options in stock. Come see us at our retail store. When you arrive you will be greeted by the owner that will help you find the right firearm to fit your needs. Whether it is for hunting, personal protection, or shooting at the range we can help you. We stock many brands of firearms but if you don't see the make or model you are looking feel free to contact us about ordering. You can have confidence in the inventory listed as this page is updated daily before we open as well as throughout the day. We have been serving the Bangor area and beyond since 1997. As a licensed dealer we buy, sell, and trade all types of firearms. We give fair trade values and offer fair prices for your individual guns or estate collections. Why go to Old Town, Lincoln, Holden, Ellsworth, Fairfield, Palmyra or other shops in Maine when you wont find a better price or selection. I think you will find that we are one of the best gun shops in Maine.

Buy any NEW handgun from us and get 5 free cleanings Is something out of stock (SHOWS COMING SOON ON THE WEBSITE) and you are wondering when they will be back in stock? If the website shows out of stock or coming soon please do not ask us when an item is coming See our Guns Coming Soon Page

See what we stock for ammunition by going to our Ammunition Page
Don't see what you want? E-mail or call us for a quote it will be the lowest price in the state. Typical orders take a week to get in. Tips before your trip - PLEASE READ
- If you are coming to purchase or transfer a firearm please be here 30 minutes before closing, (4:30pm weekdays for example depending on seasonal hours) , thank you! Some background checks are taking up to a 30min to get an answer. See hours page for more info.
- Always check the website before you leave as the website changes throughout the day as firearms are received and sold. (accessories listed on the website are not part of the updated inventory)
- Check the hours page in this website or Google. GOOGLE IS USUALLY THE BEST https://g.page/mainegundealer (see below for more info) or Just type in Allsport Performance Business Hours on Google search and it will show you my updated business hours.
- Make sure your valid Maine drivers license or Maine state ID has your current physical address (not P.O.box) on it. If not make sure you have a valid Maine vehicle reg, valid Maine conceal carry permit, or  valid Maine hunting/fishing that has your physical address on it. (Valid means not expired) If you do not have the the right documentation with you we will refuse to sell to you. No exceptions.
- Bring cash to save 3% on your firearm purchase. Don't forget the added 5.5% sales tax.
- If you are coming to get a quote on a firearm or special order a firearm make sure you have cash with you so you can pay up front and get the cash discounted price. Assuming you want to order the firearm.
- Bring your reading glasses if you need them so you can see to fill out the 4473.
- Read our Policy Page KOMRAD - Kalashnikov USA Komrad Semi Auto 12ga 12.5" 5rd
No tax stamp needed! That’s right, the Kalashnikov USA™ Komrad™ is a non-NFA item – you can purchase it from your local FFL without the extra paperwork and usual wait time for your paperwork. This 12 gauge semi-automatic, short-barreled firearm is based on the Russian Saiga series and manufactured here in the United States. The Komrad’s barrel length is only 12.5” long. It accepts 2.75” and 3” shells from low brass to slugs thanks to the adjustable gas system. The Komrad™ comes with an SB Tactical pistol brace, adjustable pistol grip, tri-rail forend, vertical forward grip, standard side-mounted optics rail and threaded muzzle nut. The Komrad™ is shipped standard with two 5 round magazines. It also accepts our 10 round magazines as well as most Saiga accessories.

700020 - EAA MKA 1919 Match Pro 12ga 3" AR Style Shotgun
The MKA 1919 MATCH PRO Maine - All of the standard features of the MKA 1919 Match with the addition of a railed aluminum forearm with top and bottom accessory rails allowing the attachment of any lights, lasers, vertical grips or other accessories that can mount on a Weaver/Picatinny rail.

The MKA 1919 MATCH PRO is a magazine-fed semi-auto AR-style shotgun. Feeds and functions with 12ga 3” or 12ga 2 ¾”. TheMKA1919 Match series received many improvements from that of its predecessor

After extensive testing we feel the MKA 1919 MATCH PRO is a semi-auto shotgun gun that is designed, built and functions to meet the requirements of the demanding 3-Gun competitor. EAA Corp now offers an out-of-the box 3-Gun shotgun that competes with custom shotguns costing three times as much.